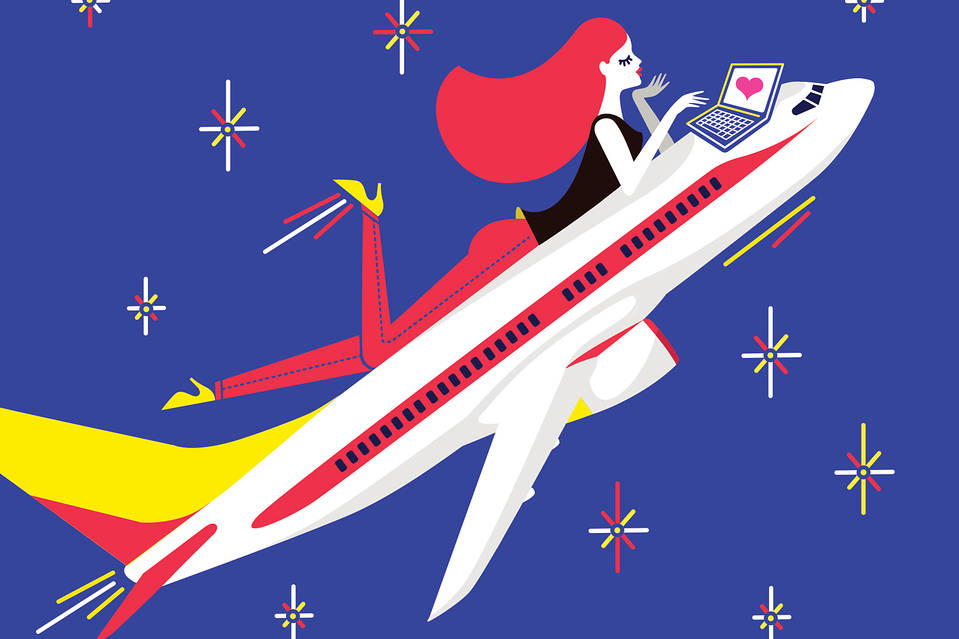 What do you tell your spouse after signing up for a dating service? “I did it for the frequent-flier miles.”

Travelers fell in love with an offer of 150 points from British Airwaysfor every dollar spent by U.S. customers on new subscriptions to Match.com. U.S. members of the BA loyalty program could also get 130 Avios points, as they’re called, per dollar with eHarmony. A $215 annual Match subscription earned 32,250 points, enough to make hearts flutter among mileage fanatics.

But the attraction was so strong that the dating services quickly called it off after a couple of days in early March, canceling new subscriptions, refunding fees paid and pulling back points awarded. Match.com says it ordered up the quickie divorce because an affiliated promoter launched the come-on without authorization. eHarmony says the relationship soured when some married travelers signed up and others created multiple profiles, violating terms and conditions.

Frequent-flier discussion boards went nuts over this promotion. Some travel nerds wondered whether dating services might be counterproductive to mileage accumulation, since actually finding a partner meant booking two tickets. Others wondered why dating sites didn’t let you search for mates by their airline status level. Some debated registering their wives.

Free travel has long been a marketing lure. Sometimes offers have loopholes exploited by mileage junkies to churn thousands, even millions, of miles. Bloggers quickly point out opportunity and travelers share tips on discussion boards like FlyerTalk and InsideFlyer.

Firms typically buy frequent-flier miles from airlines at less than one penny per mile, but that can get expensive quickly.

When the U.S. Mint offered free shipping to put dollar coins into circulation, frequent fliers ordered millions on credit cards to get points, then paid their bills with the coins. When cereal companies put coupons for miles in boxes, store shelves went bare. In 1999, a Healthy Choice frequent-flier promotion led a man in Sacramento, Calif., to buy up huge quantities of pudding and donate it to the Salvation Army in return for help peeling off labels to mail in. His scheme netted more than 1 million American miles and became a subplot in the movie “Punch-Drunk Love.”

Gary Leff, a co-founder of InsideFlyer, went to a hair treatment center offering 20,000 Delta miles for a consultation, even though he has a full head of hair. He and his wife went to a Jaguar dealer when Jaguar offered 10,000 British Airways miles for a test drive. They never drove—the dealership was happy to sign their test-drive form and not waste time and gas. On Christmas morning 2009, he used a stack of his own credit cards and friends’ credit cards to spend tens of thousands of dollars on an offer that netted 16 million US Airways miles for him and his friends.

When merchants make mistakes, Mr. Leff thinks the honorable thing to do is to admit the mistake and offer a couple of thousand miles as an apology, not just cancel the whole promotion and say oops.

Mileage hustles have become more difficult. Many airlines have curbed mileage runs—long trips on cheap fares to accumulate miles to cash in on expensive tickets—by awarding miles based on the fare paid instead of the distance. Many services have added credit-card fees or purchase limits so that buying cars or paying tuition, taxes or mortgages with credit cards is less rewarding. 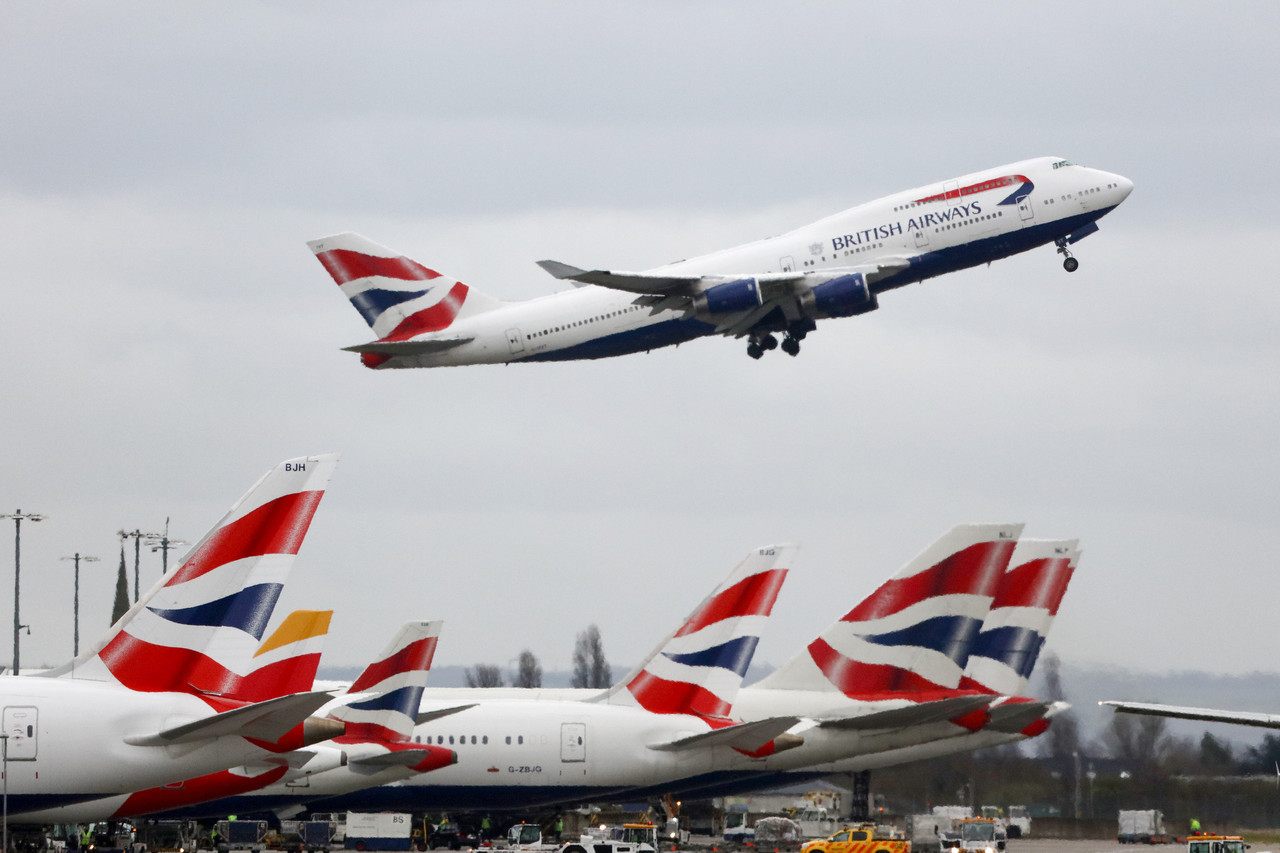 Match.com briefly offered 150 points on British Airways for every dollar spent on the site, a promotion many frequent fliers flocked to whether they were interested in dating or not. PHOTO: CHRIS RATCLIFFE/BLOOMBERG

That’s why the dating offers stood out—there were few clear restrictions, especially for single people who could create a profile and use the services. A good offer was made great by a weekend promotion of double points.

Chris Willers, a Denver restaurant general manager who uses mileage promotions to fund far-flung travels, signed up and saw more than 30,000 Avios points added to his account. He’s married, and when he told his wife she was unfazed. “I’ve done crazier things,” he says.

Mr. Willers figured even though he couldn’t use the service, Match would be happy with the sale and obliged to honor what was advertised. “They’re still getting their money,” he says.

Dallas-based Match, a unit of IAC/InterActiveCorp, says it can’t disclose the name of the affiliate marketing company that it says created the promotion without its approval. Normally Match pays marketers for new subscribers generated. In this case, Match says, it had no idea about the offer until sign-ups started flocking to its site.

The Match.com offer for frequent-flier points on British Airways that was subsequently scrapped. PHOTO: AVIOS

In addition to married people and others who had zero desire to use Match, some people from outside the U.S. tried to sign up for the promotion offered only in the U.S., says Match spokeswoman Amy Canaday. “It led to a lot of bad behavior,” she says.

Because it was an “unauthorized promotion,” Match issued refunds and a free seven-day trial to use the service, she says.

eHarmony, based in Santa Monica, Calif., says it nixed subscriptions that didn’t meet its terms and conditions, such as people signing up for multiple accounts, or married users. “Our Trust & Safety team immediately flagged those accounts and removed them from the site,” eHarmony said in a statement.

For its part, London-based Avios Group Ltd., a unit of British Airways parent International Airline Group, says points earned on valid transactions that met terms and conditions will be honored. (Match and eHarmony declared almost all the subscriptions invalid.)

Frequent flier Dylan Schiemann didn’t sign up because he figured there was a line he shouldn’t cross with his wife. “It seemed like a good offer, but I decided pretty quickly not to go with it,” he says. “No matter how open you are, you just don’t go on a dating site if you’re married.”

Mr. Schiemann, who runs a software-consulting company and travels frequently from his Phoenix home, also skipped an AARP promotion popular with many frequent fliers: Buy a $16 membership to the retired persons group and get a coupon for up to $400 off a British Airways ticket. The offer to U.S. residents has no minimum age requirement. Earlier this year, it was cut in half to up to $200.