Home > What's Hot > Why A Black Trump Supporter Was Kicked Off A Southwest Flight
1
Search
CHICAGO, IL -13 JUN 2020- View of an airplane from Southwest Airlines (WN) at the Chicago Midway International Airport (MDW) located on the South Side of Chicago, Illinois.
Share the article:

A Black Trump supporter was thrown off a Southwest Airlines flight for snacking with his face mask down, but some are claiming it’s his political leanings that led to his premature disembarkation.The passenger can be seen in a video pulling down his “Trump 2020” face mask to enjoy a bag of Planters nuts.

“You’re not going on this aircraft” you can hear an airline employee tell the visibly confused passenger. Informed the cabin crew wanted him removed over failure to adhere to face mask policy, another traveler recording the incident comes to the passenger’s defense.“Tell us the policy that says he cannot eat with his mask off?” the unidentified woman filming the video is heard asking. “It’s the hat and the mask. It’s not the eating.”

Strange that CNN, MSNBC, etc., aren’t jumping all over this story of a young black man being kicked off a Southwest flight.

Southwest Airlines maintains the passenger refused to wear a mask before the filmed incident occurred. “Our reports indicate that a Customer traveling on Flight 2632, with scheduled service from Tampa to Dallas, was asked repeatedly by more than one employee at different times to wear a face mask. The customer did not comply with our crew’s multiple verbal requests — including while boarding the flight before seated,” the company said in a statement.

The Trump supporter, seen wearing a “Black Voices for Trump” hat, was re-booked on a later flight.

“The decision was made to return to the gate and re-accommodate him on a later flight to his final destination after receiving assurances he would comply with our face-covering policy. We regret the inconvenience the situation created for all involved, but our crew must uphold the well-being and comfort of all Passengers.”

Southwest is, if nothing else, consistent. Four years ago, they booted another Black passenger off a flight for wearing a “F*ck Trump” t-shirt.

Family night out at The Rock, Zanzibar's floating

The Lower Omo River in south west Ethiopia is home

Have you heard? @kevinfrazier bought a house on Ma 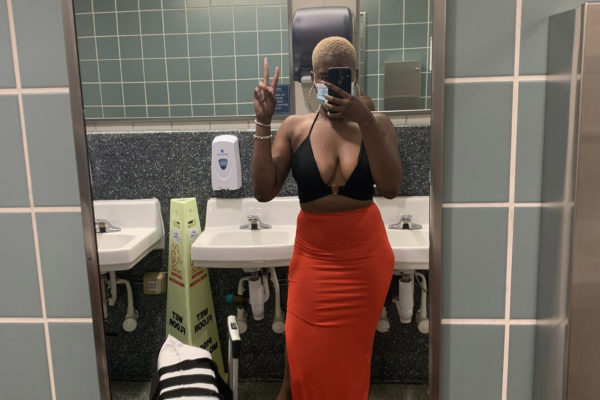